I don’t have desktop with legacy ports and don’t like going to friend’s home every time I need to download something to an AVR. I asked myself “how can i build a simple diy avr USB programmer?” .

Well, actually I asked Google, and the answer was Usbtiny. Below I’m describing my simplified Usbtiny programmer.

It’s basically an extremely cut version of UsbTinyISP by Ladyada.When I went to build the v2.0 of the programmer, I’ve made it first on breadboard, and everything ran perfectly and it was able to do the job nicely. Next, I started removing sidekicks.

First, I’ve removed the 74HC125 buffer and gave direct programming lines to the target, and it did worked. Next, I’ve removed few other resistor and capacitor and left only the essential ones.

I’ve converted the ISP connector and USB connector to pin headers and after doing my job, it is left with the main Attiny2313 IC, one 12Mhz crystal, and four resistors. It looks like the v1.0 of Usbtiny but it has even less parts count. The Usbtiny v2.0 has total 17 discrete parts, except connectors and the Usbtiny v1.0 has 15 discrete parts. In my modified version, there is 6 discrete parts (less than 40%),

With this minimum surrounding, everything worked correctly. I could have fabricated one small PCB for this but it’s so small and tiny, that I made it on a small piece of veroboard. 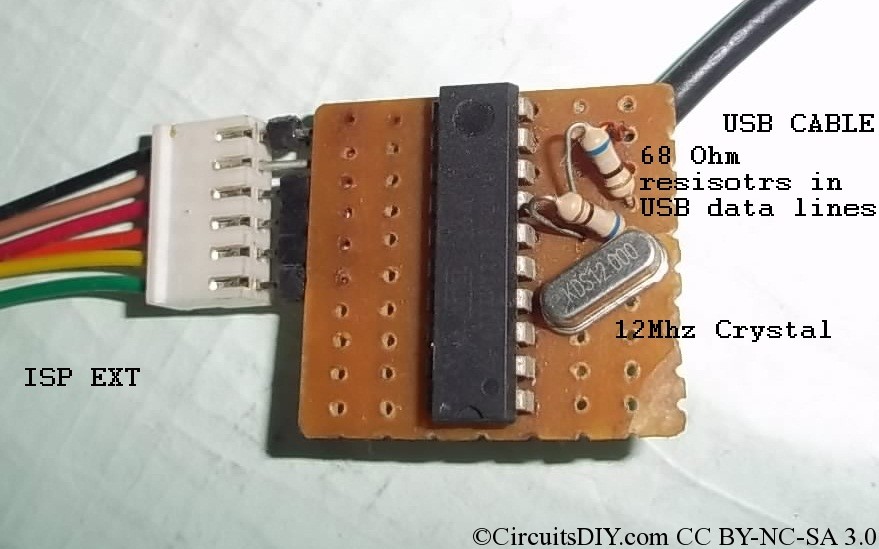 I’ve customized the pin layout of the ISP header to meet the sequence I needed. It’s VCC-GND-MISO-MOSI-SCK-RST.
I’ve used this one to program Attiny2313, Atmega8, Atmega32 everything worked nicely. There’s no filtering capacitor in the circuit, nor there is 18-22pf grounding capacitors for the crystal, but everything is greatly working. 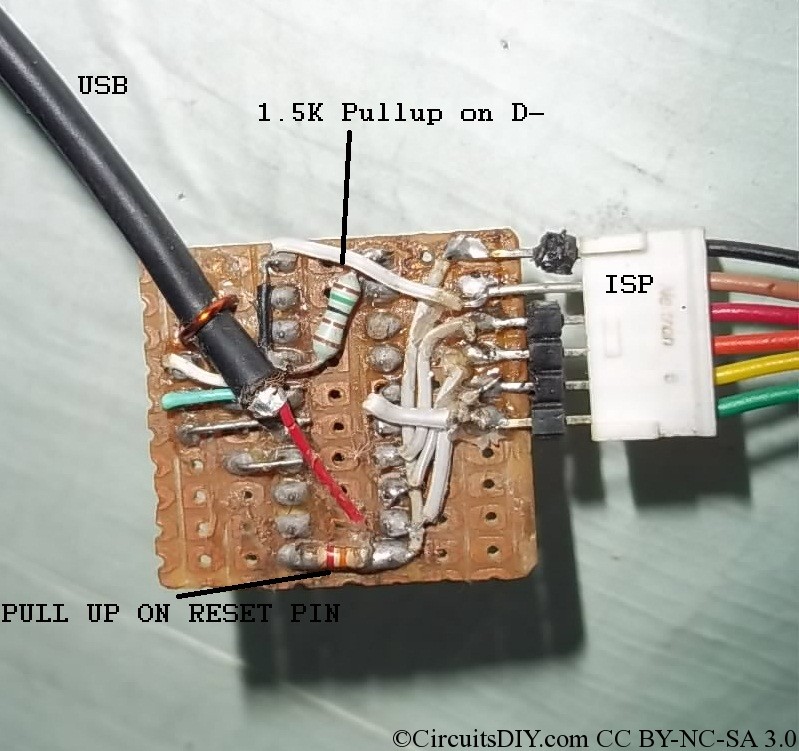 I stripped down the hardware much and removed the two indicator LEDs which were for
1. Programming : Surely, I know when I am programming, so no need of the LED, and
2. USB OK: If device didn’t initialized properly and connected to USB, I’ll get error from avrdude as “Error: Could not find USBtiny device (0×1781/0xc9f)” , what’s the need of the LED then.

Next, I’ve thought to minify the program, but then thought that was unnecessary. The firmware being 2046bytes, fits tightly into the 2048bytes space in Attiny2313. Minifying the code will make it fit in lesser space, but that space would never come useful in any user’s project. Hence I’ve selected the v2.0 firmware as default.

Note: To burn the firmware to Attiny2313, you’ll need another programmer, you are adviced to use any of these simple programmer that you can use with Serial port, or Parallel port. 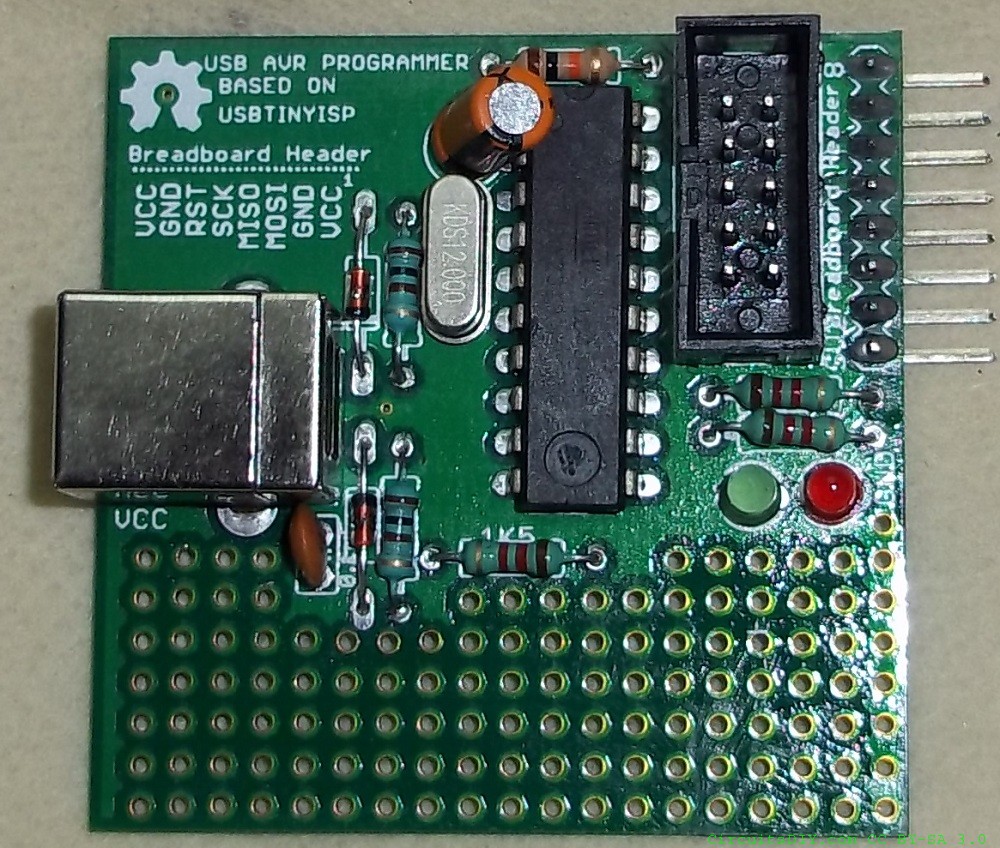