This project isn't something that uses a solar panel and uses the produced voltage for some electrical and electronics work. But this project shows how to make a solar panel yourself and what makes it reach maximum performance.

A solar panel is a photovoltaic cell where light energy is transformed into electrical energy.

Most photovoltaic cells are made of silicon chip above which there resides a very thin layer of noble metal through which around 1% of photon particles enter the material and activates electron flow.

Here I'm showing how to make one simple solar panel using transistor. The chosen transistor is 2N3055 in metallic TO-3 package. The below picture shows it's image. 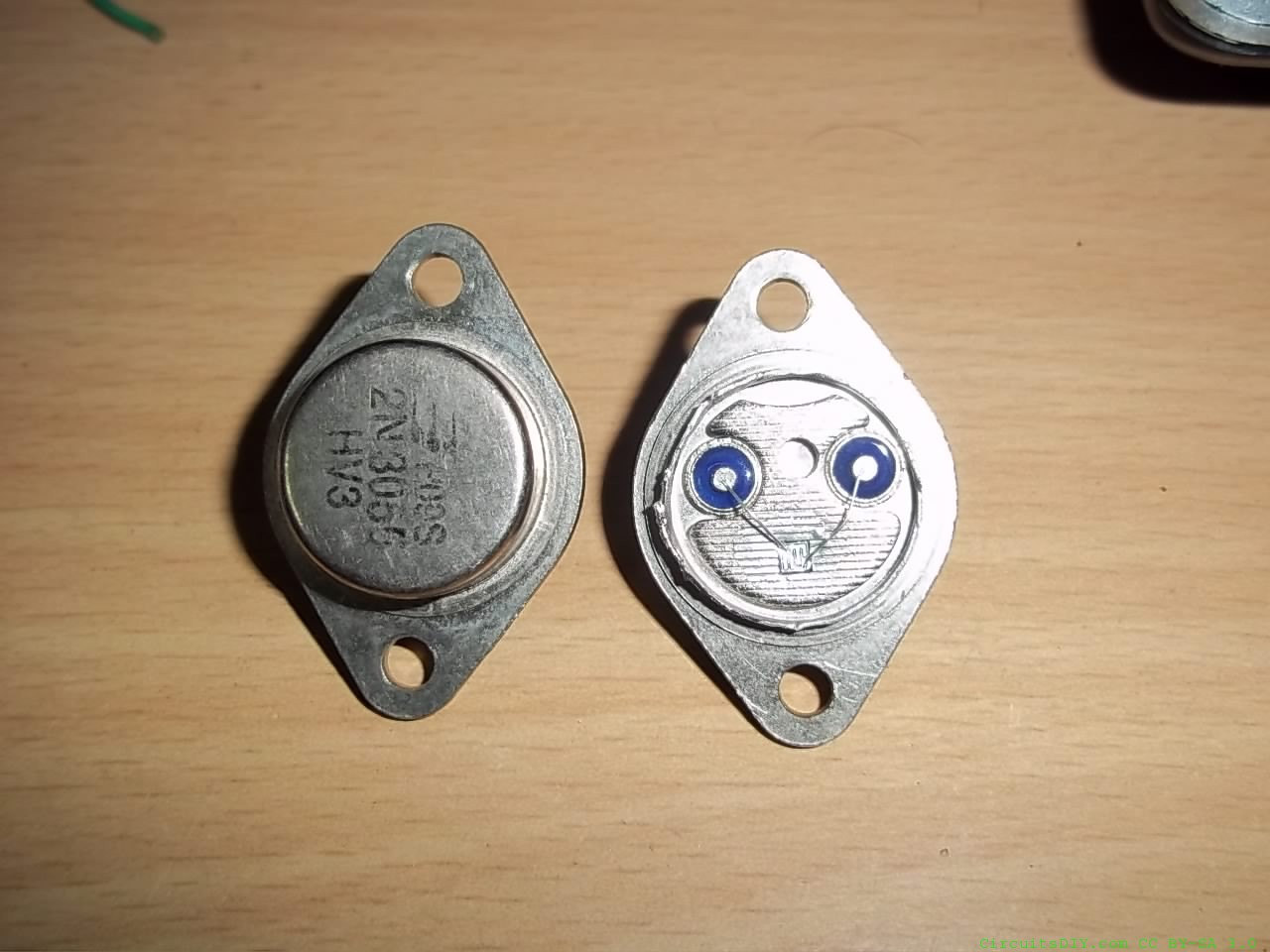 The small silicon chip inside the 2N3055 is able to produce photovolatge when exposed to sunlight and in the cell the emitter becomes the positive terminal and the collector becomes the negative terminal. 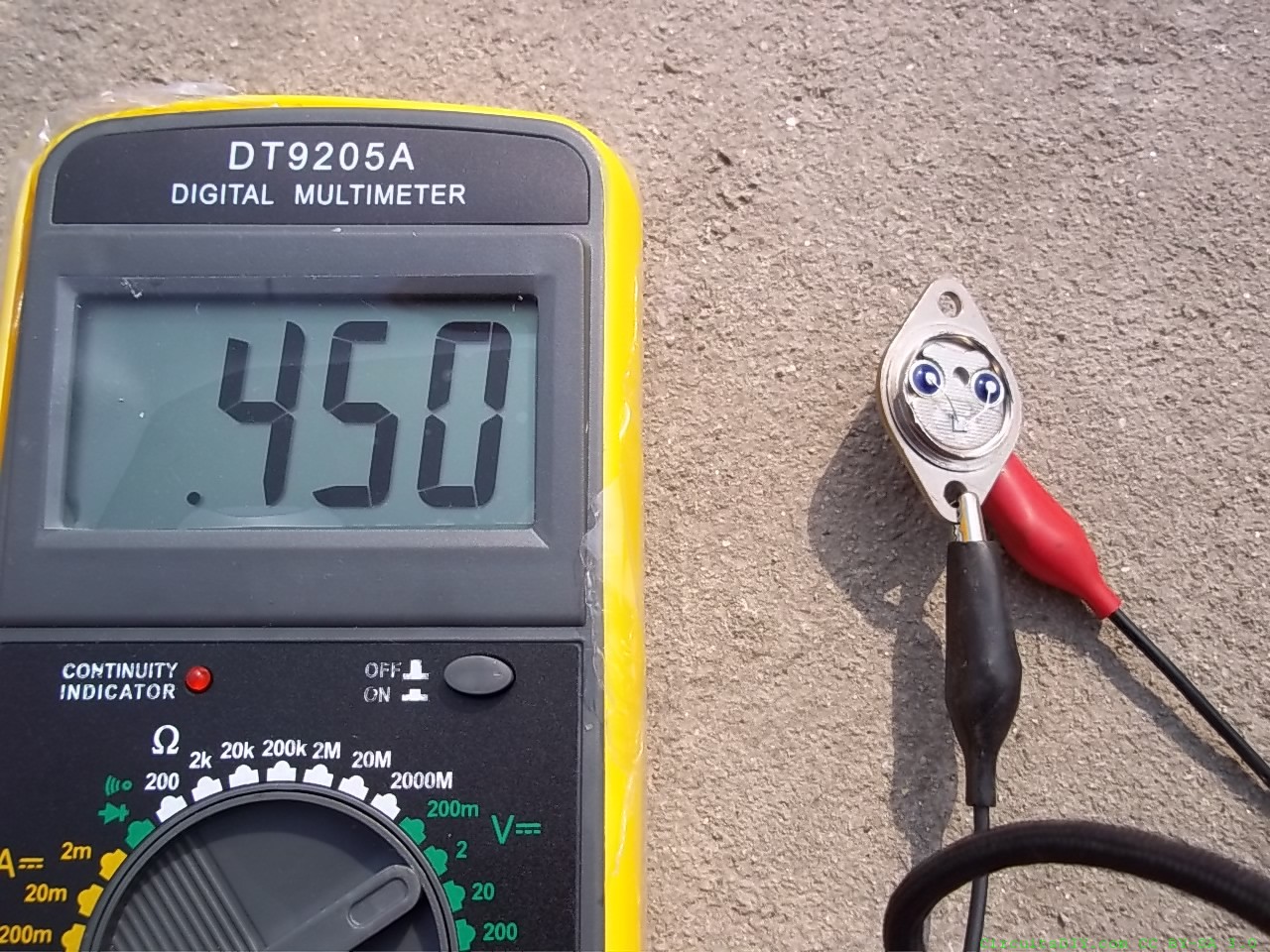 The cell produced open circuit voltage of 0.45 volts which is normal but it produced closed circuit current of only 200uA which is too little to be used in any applications. To light a bright white LED we need minimum 10-15mA current and the panel produced only 0.2mA which is not enough. 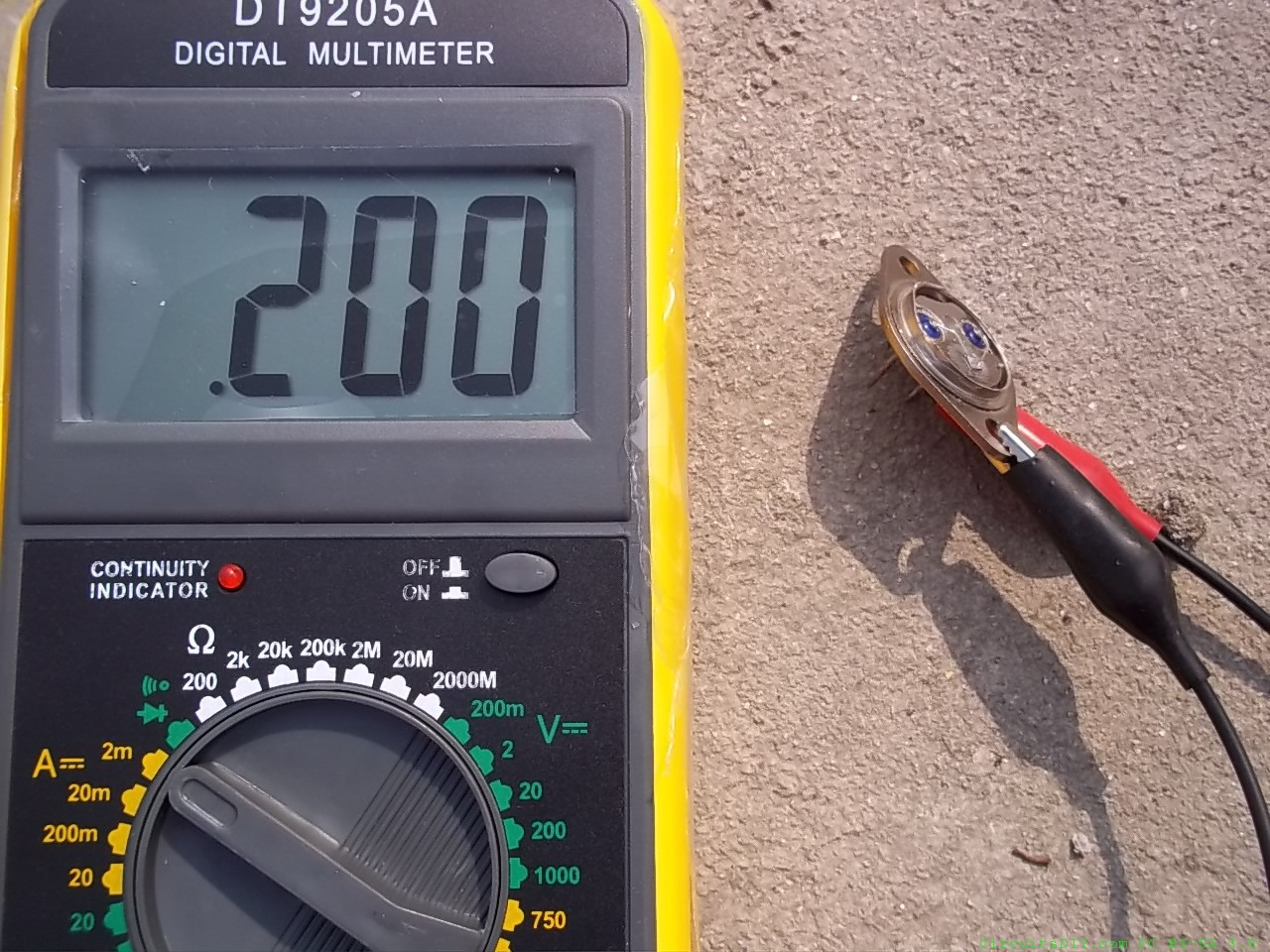 The current depends on the intensity of sunlight and the cell should produce more current if it gets more exposure.

Hence I used a magnifier convex lens (+10 diopter, 60mm diameter) and focused the point of sunlight into the silicon square, and the results were surprising. 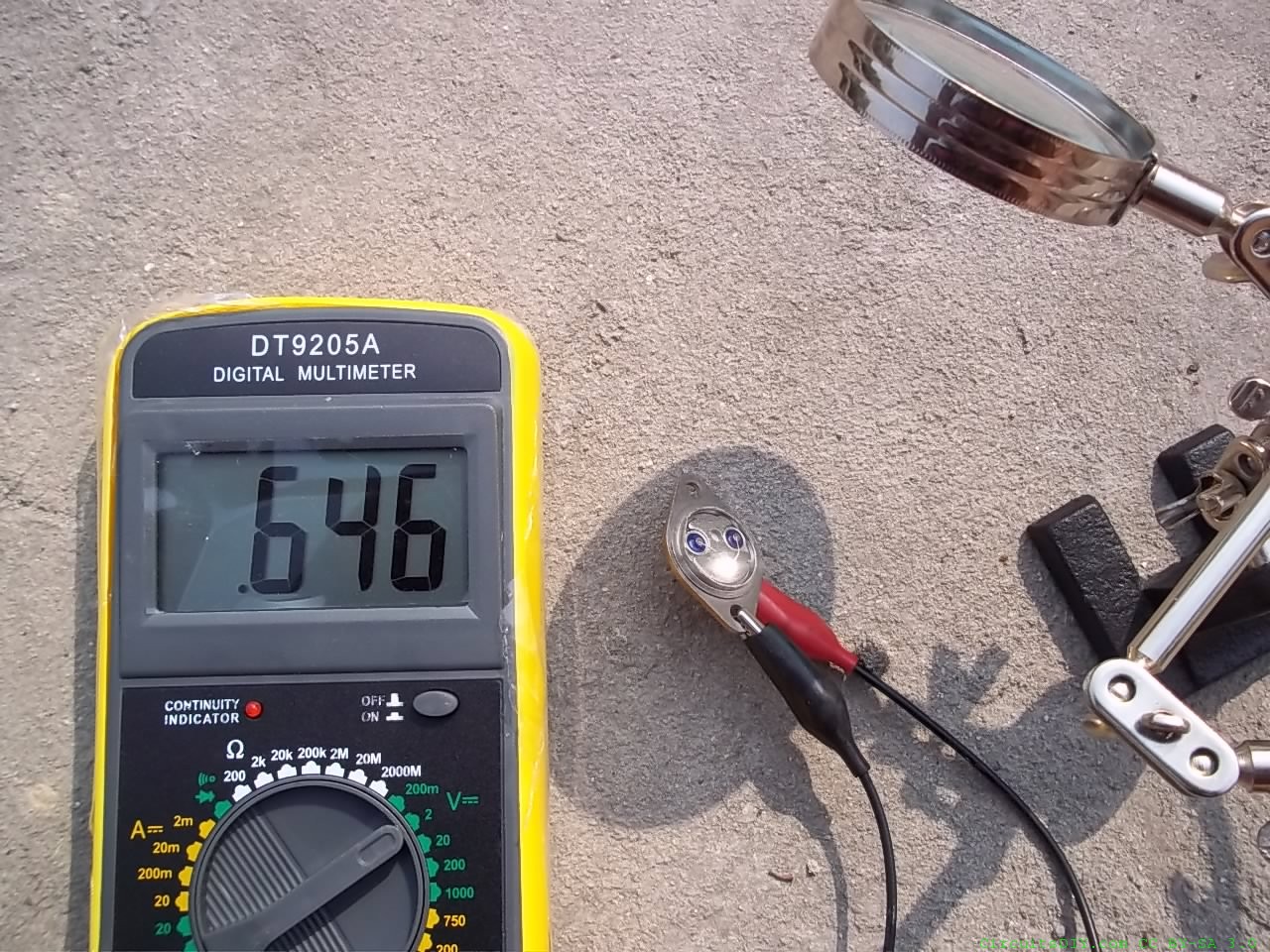 The same cell produced near 0.65 volts which is 44% more voltage and produced 42.2mA current which is 210 times more than the previous one. 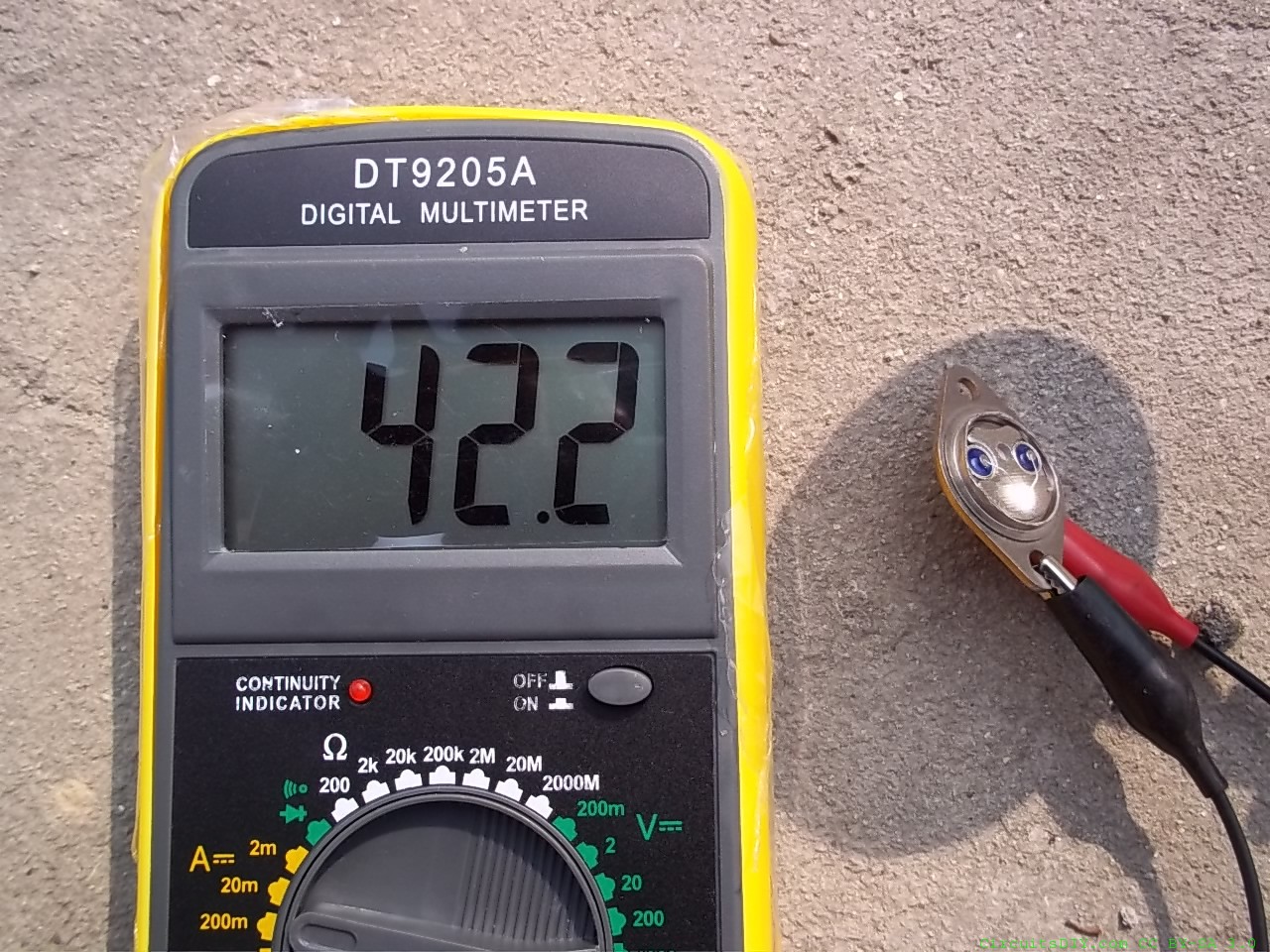 When the lens focused the light to a 2mm diameter circle, the area of the circle was 2mmx2mmxpi/4=3.14mm^2. The lens was 60mm in diameter so it took sunlight of 60mmx60mmxpi/4=2826mm^2. So the silicon chip got 900 times more sunlight and produces the huge current.